Toots & The Maytals will be performing a Sunday afternoon set at Dreamland Margate as part of The Soundcrash Funk & Soul Weekender!

Reggae and ska legends Toots & The Maytals tour the UK in May for the last tour!

Formed in Jamaica in 1961, Toots & The Maytals established themselves as the leading purveyors of the reggae sound, and were pivotal in popularising the genre beyond Jamaica. Their song ‘Do The Reggay’ is widely acknowledged as the first song ever to feature the word ‘reggae’, further contributing to the band’s stamp on the genre.

Fronted by the indomitable Frederick ‘Toots’ Hibbert, Toots & The Maytals bring an unmatched energy to live shows six decades since their formation. Drawing on funk, rock, soul and even country influences to create their own unique style, their music revolutionised not only reggae, but influenced countless others. Their instantly recognisable songs, such as ‘Pressure Drop’, ‘Monkey Man’ and ‘54-46 Was My Number’, have been covered by artists like The Clash, The Specials and Amy Winehouse. 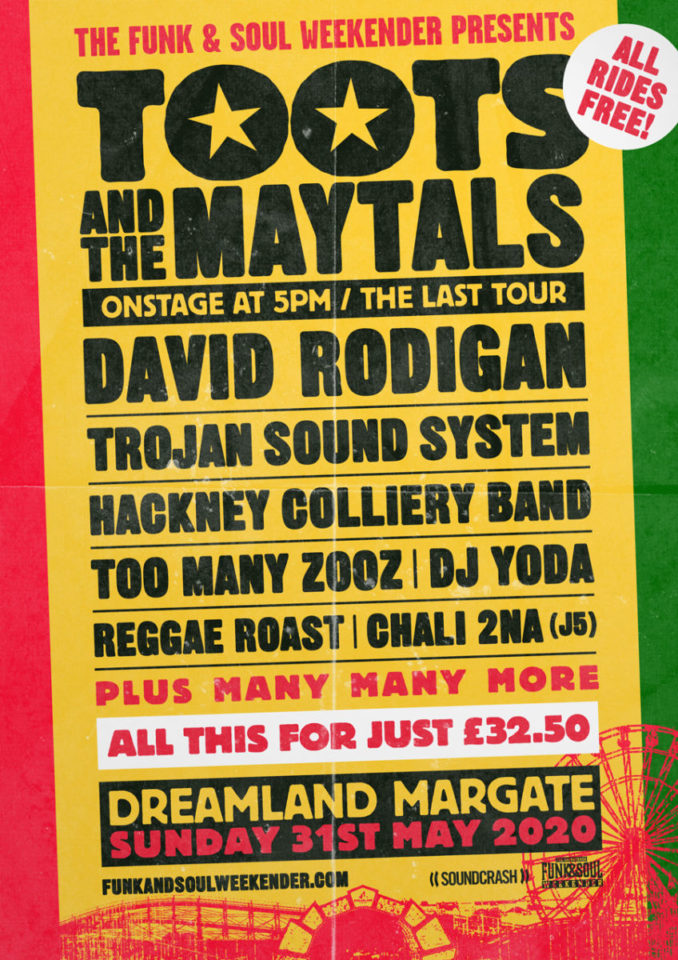 Signup for the latest
news and shows...